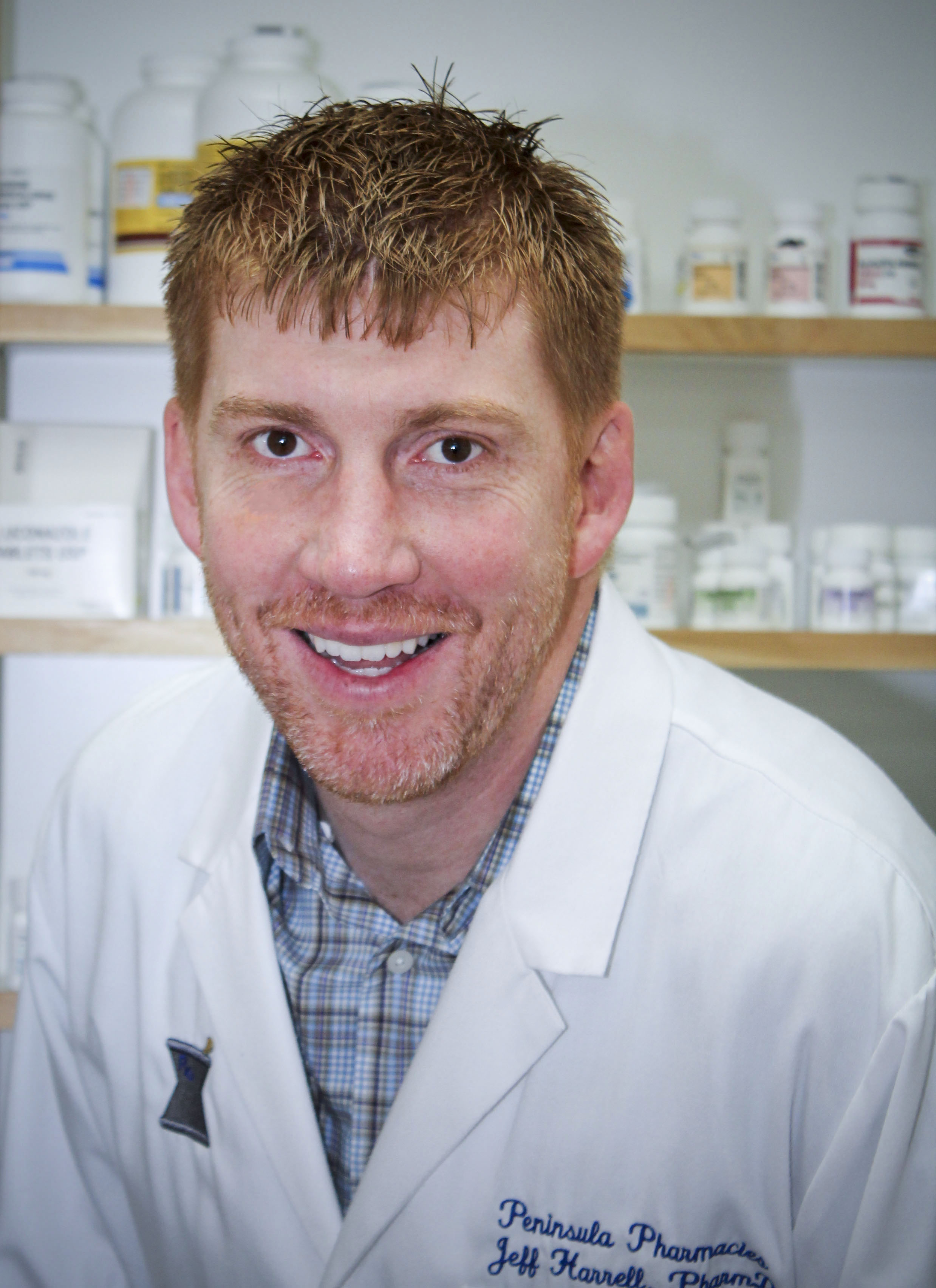 Jeff graduated from Ilwaco High School in 1994 and received his Doctor of Pharmacy degree from Washington State University in 2001. He managed an independent pharmacy in Seattle, WA from 2002 to 2005 before returning to his native Long Beach, WA to become co-owner of Peninsula Pharmacies, Inc. in 2006. Jeff and his business partners purchased a fourth pharmacy in Raymond, WA in January of 2008. You may see Jeff at any of the three Peninsula Pharmacies.

Jeff doubles as the company’s computer specialist and has been featured in Computer Talk magazine for technology innovations in pharmacy practice and pharmacy security. He is also interested in home health care and specializes in durable medical equipment and sports braces/wraps.

Jeff resides in Ilwaco with his wife, Casey Harrell, and son, Mason.