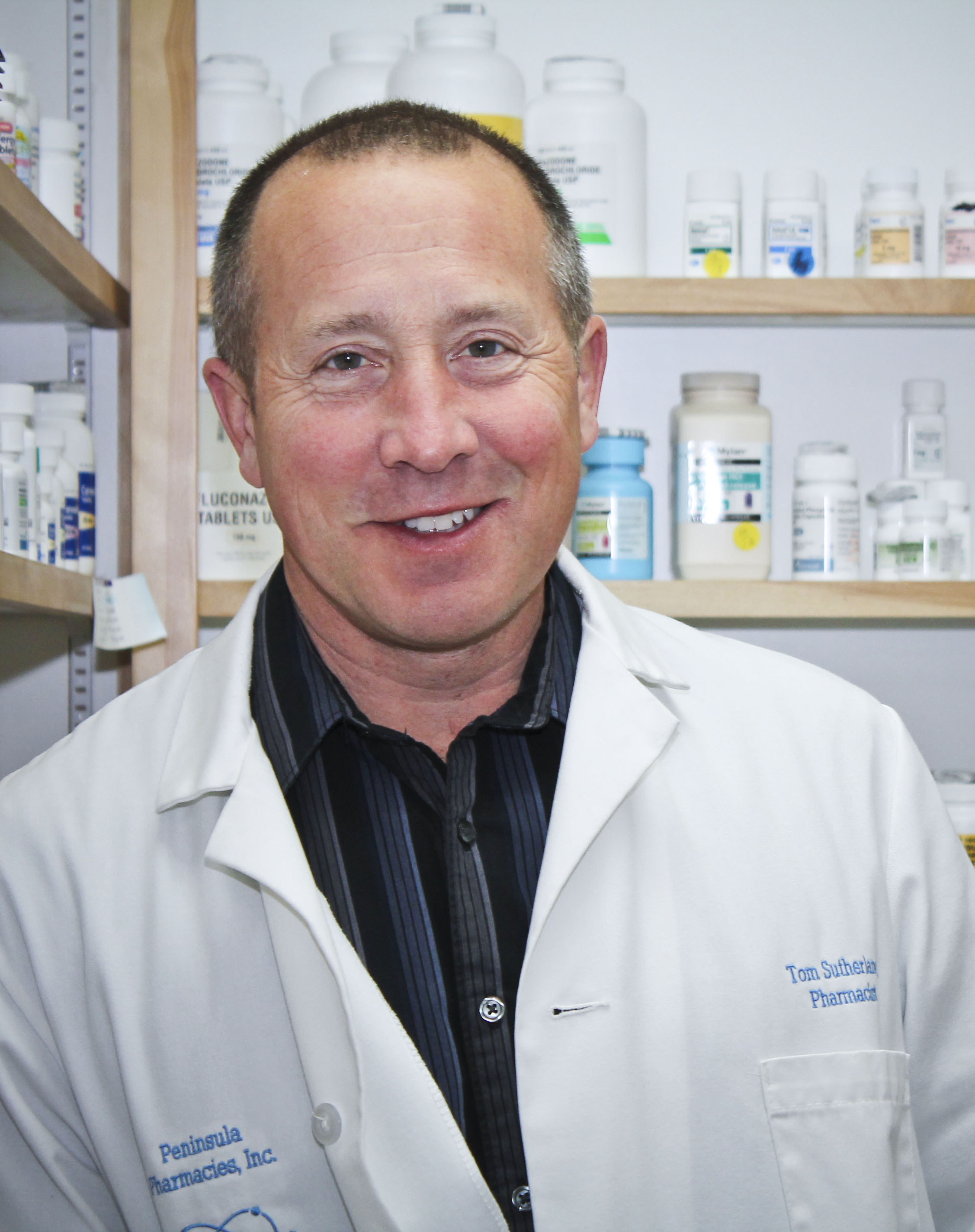 Tom grew up in North Bend, WA and graduated from Washington State University School of Pharmacy in 1985. He moved to the Peninsula in 1995 and became an owner of Peninsula Pharmacies in 1997.

Tom lives in Seaview with his wife, Garnette and his three boys, Owen, Corbin and Evan.